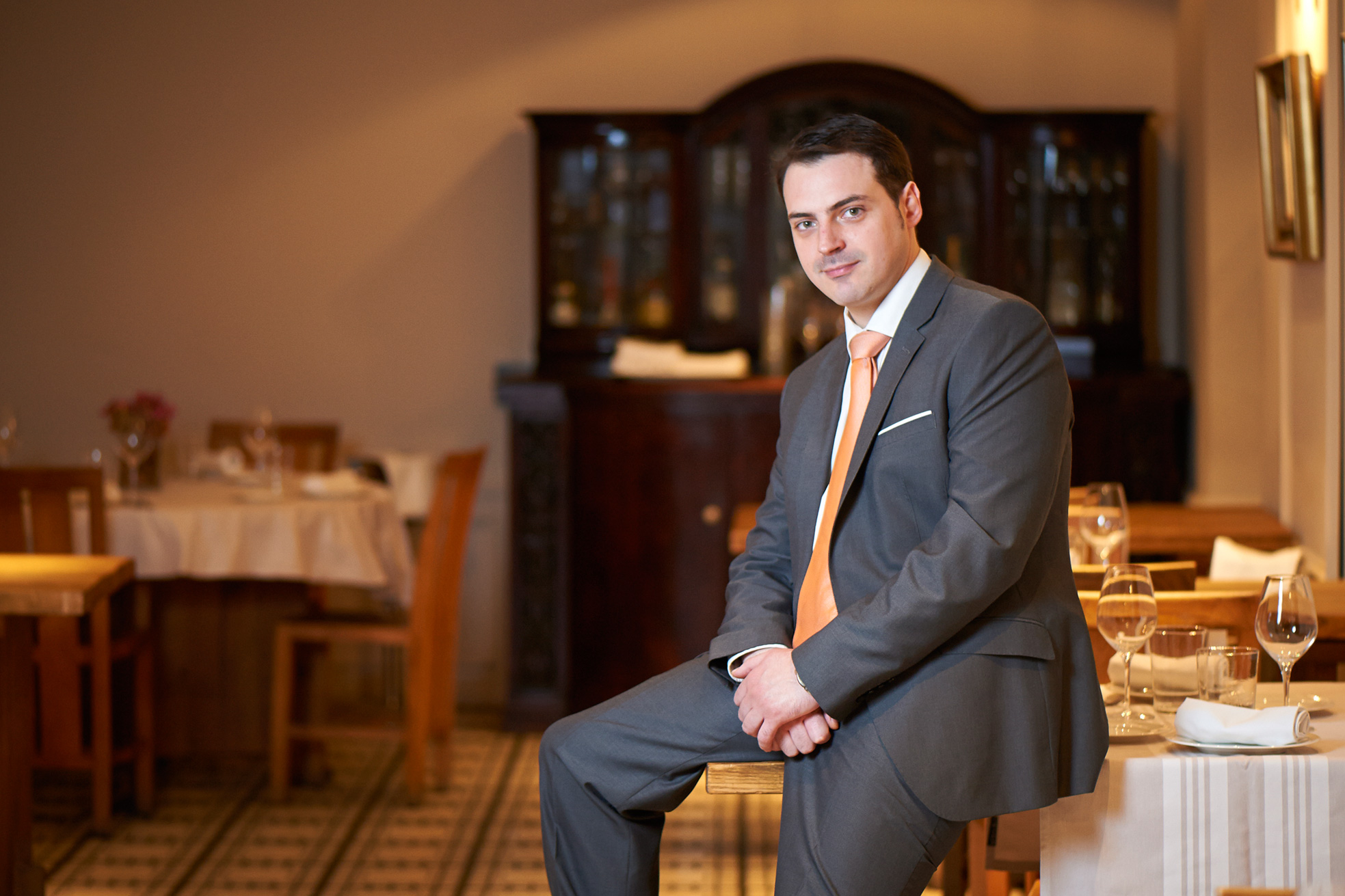 Madrid Notebook: Waiters are courteous and attentive rather than overbearing, writes Tobias Buck 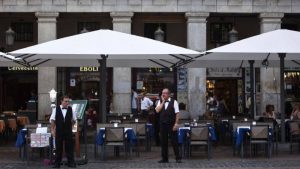 Tobias Buck – Madrid Notebook APRIL 12, 2016 Print this page23
It is not the most glamorous of contests, nor is it especially lucrative. The winner stands to take away prize money of €3,000, plus some gifts from sponsors. Neither will he nor she earn much fame.

But whoever emerges victorious from this year’s Spanish Waiter of the Year competition has every reason to carry the title with pride. Contestants must show their deep knowledge of food and wine, their skill at mixing drinks, preparing coffee, blending a steak tartare and cutting jamón and pass a battery of other tests. Above all, they have to stand out from a field that is vast and consistently excellent.

Spanish waiters are a revelation. They combine the agility of a gazelle and the vision of an eagle with the stamina of an ox and the memory of an elephant. They are courteous without being servile, attentive without being overbearing and proud without being haughty.

They can effortlessly recall the bewildering coffee variations that Spaniards like to throw at them — café con leche with lukewarm (not hot!) milk, cortado in a glass, café solo with a tumbler of ice on the side — and be back in a minute with the correct order. They are the ones catching your eye, not the other way round. And they never, ever approach your table with the dreaded words: “Hi, my name is Carlos and I will be your waiter today.”

Ignacio López-Etcheverry rolls his eyes when I ask him about the phrase. Jauntily introducing yourself to your guests is not the done thing in Spain, notes the youthful president of Amyce, the country’s national association of waiters and maîtres. Neither is filling up a wine glass that is only half empty, nor interrupting a table when it is in conversation.

A good waiter, he says, has to be “humble”. But he must also be passionate about his job — and ready to learn the skills and absorb the vast body of rules and customs to define the profession.

“In Spain, being a waiter is a profession. It is not just about working and earning money. This is about going home every day and being satisfied with what you have done,” he says.

Spanish waiters — and the serious-minded officials who represent their interests at the helm of Amyce — admit to being puzzled at some of their counterparts in northern Europe and the Anglo-Saxon world.

“The waiters there tell you: No, no, I am not a waiter. I am just doing this for the money. I am studying to be an engineer or architect or whatever,” adds Mariano Castellanos, who started waiting 49 years ago and now serves as the association’s honorary president. In Spain, he insists, “a waiter is a waiter”.

It helps that waiting, and the restaurant business, has been one of the more crisis-proof corners of the national economy. Tourist arrivals rose sharply throughout Spain’s recent recession, helping to shore up the sector at a time when the construction industry, for example, lost almost 2m jobs. But the resilience also has much to do with Spaniards’ enduring passion for eating and drinking away from home.

Even at the height of the crisis, bars and restaurants in Madrid and other cities were packed with people, often prompting visitors to remark that the economic situation did not appear that bad. In truth, things were very bad indeed.

Spaniards simply preferred making savings elsewhere rather than forfeiting the pleasure of sharing a meal or drink with friends. Tips declined during the crisis, recalls Mr López-Etcheverry, but they never did have the same importance to waiters in Spain. By and large, waiters earn a decent wage, about €1,200 a month, according to Amyce, and even generous patrons will rarely add more than 5 per cent to the bill.

Restaurant and bar staff have not been immune to the steady decline in pay and working conditions. But their status, and their commitment to the profession, stand out all the same.

Spanish waiters are an integral part of a society that loves going out, and that appreciates the men and women who link kitchen with table, whether in a raucous village bar or a celebrated Madrid restaurant. Indeed, one would like to think there is a broader lesson here, for waiters and non-waiters alike: that there is dignity in the small things, as long as they are done well and done with pride.